Growing medium is a medium that serves as a medium in growing plants, yes, it’s that simple. We are going to discuss about selecting the best growing medium for microgreens.

Microgreens don’t require that much nutrients for growing. The only purpose a growing medium will have while growing microgreens is to support and hold them.

You would be wondering, why don’t microgreens require nutrients? It’s because of two reasons

Which is the best way to grow microgreens?

Before diving deep in to the selection process and different types of microgreens, let’s first get to the basics. There are many ways of growing microgreens, but the most popular and best way to grow them is in a 10*20 tray with the help of a growing mat (will discuss growing mats below in detail).

There are some smart people out there are who are growing microgreens in paper towels, water, etc. If you are just starting out, start by using a simple tray and a growing medium as per your requirements. It’s the method that will give consistent result in terms of quality and quantity both.

Significant factors to consider while selecting a growing medium for microgreens

There are a lot of people who gets confused when they are exposed to too many options, and it’s the same that happened to me. When I was going to grow my first microgreens, I read a lot of articles and asked some of my friends. In a couple of days, I was left with a list of around 20 different growing media.

I was confused as hell. While narrowing down my list, I considered the following factors.

Which are the best growing medium for microgreens?

After spending countless hours scouring the internet, asking my friends and conducting a dozen experiments of growing microgreens in different mediums. I’ve found the two best growing mediums for microgreens.

These are the only best two mediums, select according to your requirements and the factors listed above, that might help you in deciding the one for you.

Now let’s dive deep in to each of the growing media. 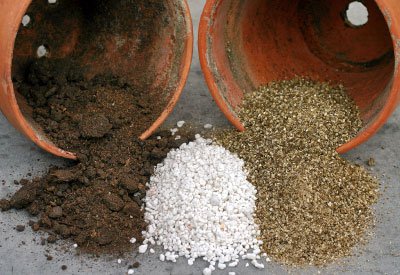 It is the most common growing medium in the world, like literally 99% of the plants on earth are grown in soil. But when it comes to growing microgreens, it’s not that popular. Though it checks most of the boxes of an ideal microgreens growing medium, but still it’s not widely used.

There are many people like Eric from Grow For More, who completely believes in using soil or some sort of soil mix to grow microgreens, and also he’s a strong opponent of using hydroponics, growing mats, or any other growing medium other than soil. He believes by using soil, the quality of the harvest will be better. Though, there aren’t any concrete studies that proves his claim.

Hence, you can select soil as your growing medium if you are not hesitant to get a little messy and want that extra nutrition bump.

The best soil mixes for growing microgreens are those who have a high amount of moisture retention, has good nutrition and is fine in texture. Microgreens won’t be able to grow in coarse soil, selecting a fine soil is highly recommended. You can select any organic soil mix available at your local gardening store.

Which are the best ingredients to add in the mix?

There are a lot of ingredients out there that you can add in the mix, and most of them are good. You can use pretty much any ingredient as far as the moisture retention is good and the texture is fine.

If you are still getting confused, I’ve listed down two best ingredients you can use in your mix to grow microgreens.

Coco Peat is made from the shells of the coconut thus it’s available in huge quantity. It can also be reused a number of times and in the end it can be fed to animals. It’s extremely cheap as compared to other potting mixes or growing trays.

The only thing that I don’t like about Coco Coir, is that the mess it creates. Before you can start using it, you have to first dehydrate it, and it’s quite messy to do that.

Though, it’s quite cheap as compared to growing mats and even potting soil. If you are on a budget and won’t mind getting a little bit dirty then coco peat is good option for you.

These are a couple of good mixes recommended for growing microgreens.

Both of these mixes are really good for growing microgreens. I’ve used them and the results are fantastic. 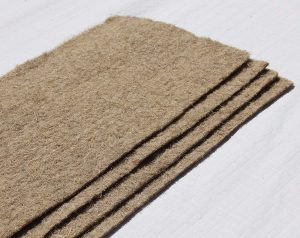 Growing mats have became the number one choice for growing microgreens. And it’s simply because they are very easy to use and doesn’t requires any mess. Though they are a little bit expensive, it’s worth it.

There are a lot of material from which growing mats are made like coconut fibre, hemp, textile, wood, etc. To find a good growing mat, ensure that it has good water retention properties and the quality of the mat is good.

Since the legalization of cannabis, the production of hemp mats have increased and so is the demand. There are now a lot of companies producing some good quality hemp growing mats. I highly recommend using hemp growing mats, they have worked really good for me.

Most of the companies are now selling it in a 10*20 size, to perfectly fit a growing tray.

This was the overall guide covering the best growing media for microgreens.

The best way to grow microgreens is in a 10*20 tray using a growing mat. Use can also use a potting mix, but I prefer using growing mats. As they are easy to handle and not messy. They would cost just around $1 per tray. And the organic potting mix would usually cost you the same amount, unless you are using coco peat.

If you are on a budget or you want to feel gardening, like literally to get your hands soily, then only I would suggest you go for potting mix, otherwise growing mats is a really good option.